March 23-28 we celebrated our members. Here are a few highlights: 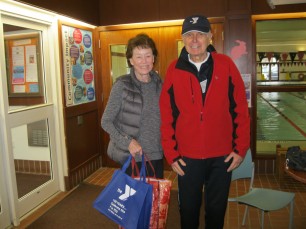 A raffle was held each day.

Why staff give to the Rye Y annual campaign. 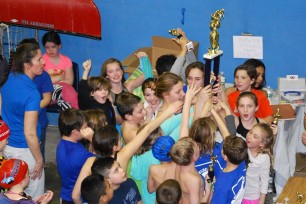 Zachary Pestikov swam his way to state championships for the 8 & under boys in 100-IM and 25 yard backstroke and placed second in the 25-yard breaststroke.  Tripp Redd, also an 8 & under boy, was the state champion in 25 yard freestyle.  Zachary Pestrikov and Tripp Redd joined by Owen Draddy and Ethan Zhou, came in second place in the 100 yard freestyle relay for their age group.  Abigail Posner, 8 & under girls, was 2nd in the 50 yard free style, 2nd in the 100 yard free style and 2nd in the 25 yard breaststroke.  Abigail was also a member of the 8 &under state championship 100 yard freestyle relay team which included Maeve Burton, Kayla Lombardo and Megan Tiedemann.  In the 10 & under age group, Satvik Kukreti was the boy’s state champion in the 50-yard breaststroke. The following swimmers qualified for the finals in the older age groups: Ethan Fuchs, Jackson Haffner, Riley Haffner, Gabriel Hostin, Katie Laverty, Theresa Pace, Luca Quinones, Tate Robinson. 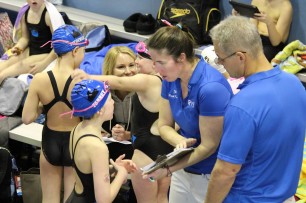 More than fifty Rye Y members of all ages gathered at the Rye Free Reading Room on Sunday, March 15 to create care packages for My Sisters’ Place, a White Plains-based non-profit that serves women, children and men affected by domestic violence and human trafficking. 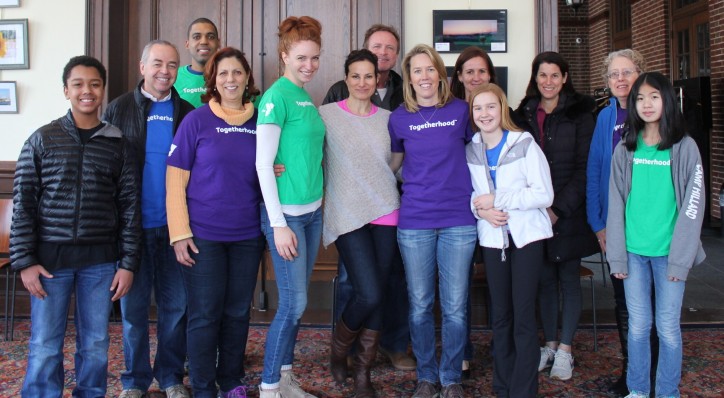 By the end of the afternoon, the Y volunteers had filled 92 bags with baby supplies such as diapers, ointment, powder and Vaseline and toiletries for women, including shampoo, toothpaste, deodorant and other personal care items. All items were donated by Rye Y members, who either dropped donations at the Y beforehand or brought them to the library on March 15. Children also created colorful cards with messages of hope that were inserted into the bags. Many of the bags will go to women and their children living in domestic violence shelters run by My Sisters’ Place.

Cheryl Greenberg, Director of Development for My Sisters’ Place, commented “Working with partners like the Rye Y makes all the difference in the world for our clients and their children. Their messages of hope and support brighten the journey as our families work to establish a new life free from abuse. My Sisters’ Place is grateful for the participation of the Y community, the donation of needed items and the commitment to our mission of ensuring healthy relationships for all.” 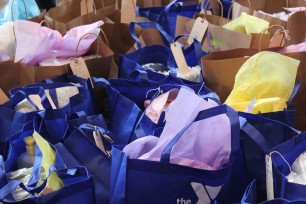 Sunday’s event was the third in a series of projects organized by the Rye Y’s Togetherhood Committee. Togetherhood is a national YMCA social responsibility initiative that engages Y members in community service. Since its formation in May 2014, the Rye Y Togetherhood Committee has organized two other projects: the first, held in August, brought a group of YMCA members to the Hunt’s Point section of the Bronx to paint the halls and stairwells of a small school that serves low-income families. The second project, in November, included a children’s clothing drive and a day of service at The Sharing Shelf in Port Chester.

“Feeling safe is something many families take for granted,” remarked Nicole Ball, one of the co-chairs of the project. “Unfortunately, too many others must fear for their safety within their own homes. Making care packages for women and children at My Sisters’ Place is a small, but important way for us to help neighbors in need and build a compassionate community – a place where isolation is replaced with a sense of togetherness.”

The Togetherhood Project for My Sisters’ Place was supported by Rye Beach Pharmacy, which placed a collection bin at its store and offered a 5% discount on items purchased for this project. The Rye Free Reading Room, always generous with its community room, provided the perfect venue for assembling the packages.

The Togetherhood Committee is currently planning its fourth project. To get involved or for more information, contact Denise Woodin at 914-967-6363 or denisewoodin@ryeymca.org. For more information about My Sisters’ Place visit www.mspny.org

RYE, NY (March 23, 2015) Family fun, community spirit and creativity ruled on Friday evening, March 14 at the Rye Y’s 2nd Annual Cardboard Boat Regatta. Dozens of youth and families with cardboard and duct tape boats attempted to cross the length of the Rye Y’s Brookside Pool. A few boats glided almost effortlessly to the finish line, some capsized at the start line and others needed a push from Rye Y lifeguards to reach the end of the pool. Whatever the result, the enthusiastic crowd of about 100 spectators cheered and encouraged the adventurous sailors. 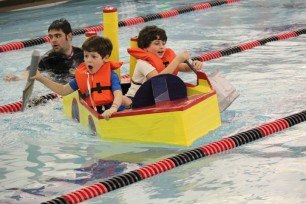 10 and Under
Heat 6 – The Dutch Lightning, captained by Sjef Smits & Luuk Van Rooijen

This week we are celebrating our members with a series of special opportunities FREE to members!

Throughout the week, there will be snacks available in the lobby, as well as coloring sheets and stickers for our younger members.

In addition to these activities, there will be a raffle every day. You’ll be automatically entered in the raffle each day when you SCAN IN at the Member Welcome/Check-in Station. Special opportunities FREE to Members.